The fourteenth day of proceedings opened with the testimony of Joshua Sorenson who testified on a videotaped deposition about watching Wallace assault his now deceased brother just a few months prior to the Hartman murder.

Sorenson’s brother was assaulted in a fashion disturbingly similar to the assault that took Hartman’s life. Sorenson described how, after a verbal altercation over Wallace accosting someone else at the Tanana Valley State Fair, his brother and Wallace went outside the fairgrounds to settle the argument with a fight. But, according to the testimony, Wallace sucker punched Sorenson, got him on the ground, and was kicking him “as hard as a person can hit another person” until Sorenson lost consciousness.

Sorenson testified, “This isn’t like a normal fist fight, he hurt my brother really bad…broke his nose, smashed a bunch of sinuses in his face, I mean he beat him. You couldn’t even recognize him on one side of his face.”

Sorenson’s brother was hospitalized. The assault was reported to police who took no action. “The (officer) literally told me my brother got what he deserved for going out there.”

Another notable element of the Sorenson testimony was the repetition of unusual slang, which was also heard from witnesses who described the Hartman assault. Sorenson testified that during the altercation Wallace kept saying, ‘I’ll stole on you, nigga, I’ll stole on you,’ whatever that means. That one statement because he said it over and over stands out.” 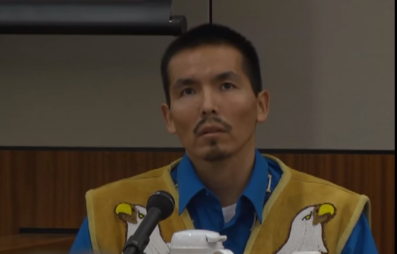 Marvin Roberts also took the stand, and is the last of the four men seeking exoneration to take the stand. Despite an aggressive and manipulative line of questioning throughout cross-examination, Roberts stood his ground and testified to the same events he described at 19 years old the day he was first contacted and has repeated over and over in the last 18 years. Roberts described attending a wedding reception. Scores of guests came forward after is arrest to affirm he indeed spent the night at the wedding reception. Roberts described dancing through the night, giving friends a few quick rides to the Mapco gas station a couple blocks down the road to buy pop, and leaving the reception well after the Hartman assault time frame, stopping briefly by a teenage party, then heading home. Roberts testified that he was not drinking, that he did not hang out with the other accused men that night, that they were not in his car, that he did not assault John Hartman or anyone else, and that as he has maintained for an unbroken 18 years, he is innocent of the charges he was convicted of. 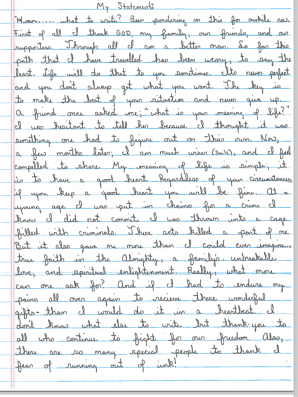 During cross-examination special prosecutor Adrienne Bachman revealed that Marvin Roberts had, on her request, supplied her with every single piece of documentation from letters to prison records that he had saved through the last 18 years of incarceration. The incredible irony here is that according to the Alaska State Troopers who provided testimony damning to the state’s case and the conduct of its prosecutors, when Bachman was asked for emails as part of the investigation in the case she refused to turn them over. Roberts, on the other hand, apparently complied and provided Bachman with all of his written records and communications. With the letters and records in hand, Bachman proceeded to launch one accusation after another at Roberts, all based on far-flung and unsourced conspiracy theories. Bachman used a series of letters that did not contain any mention of Arlo Olson of any kind, that did not mention any gangs or gang activity of any kind, including letters between he and his pastor, in a vague and baffling attempt to accuse Roberts of witness intimidation. Bachman openly admitted to the court that the four men have had no contact with Arlo Olson and have not had any altercations with him. Arlo Olson testified that he has not been intimidated by the men, their supporters, or anyone claiming to represent them. “But,” Adrienne Bachman said, Mr. Olson was nonetheless intimidated, nonetheless assaulted, nonetheless spit on.”

Olson, however, did indicate that he had been subjected to poor treatment in jail, and that the poor treatment escalated when the 2008 “Decade of Doubt” Newsminer series by investigative journalist Brian O’Donoghue was published. The series revealed Olson’s improbable testimony could have been influenced by grants of leniency in his own court cases, that it was likely scientifically impossible for the testimony to be true, outlined his back and forth attempts at recanting and unrecanting his testimony, and widely identified Olson as an informant.

Arlo Olson has some things going against him in prison – things which only he is responsible for. He is a snitch, and on the prison scale of snitches it is hard to imagine that fabricating testimony is even as acceptable as providing factual testimony. He has essentially made a criminal career of committing crimes against women and children. It does not seem outside the scope of reason that in the facilities where he as served time prisoners may have been unkind to him, but it also does not seem reasonable to ascribe responsibility for the quality of his life in prison to any of the petitioners.

In the end, it does matter that eighteen years after this injustice began the State of Alaska is still employing lies, threats, intimidation, and behavior so poor that it violates ethics guidelines and rules of conduct, and the law. That matters. It matters that they are slandering citizens, attacking the press, and trying their best to keep four innocent men in prison with a web of deliberately crafted falsehoods. It matters that they are muddying the water not in the interest of justice but in the interest of preventing people from seeing clearly. It all matters because justice matters. Be outraged because this is not okay and what you have to say about it matters a great deal as well. It matters that the state granted immunity to the man that killed Hartman in what appears to be yet another attempt to uphold the convictions with influenced testimony. It matters that the leader of our state has sat idly by, endorsing this conduct with his silence, because injustice of this type is an indictment of the justice system, and we are all beholden to it. Its corruption can touch us all. 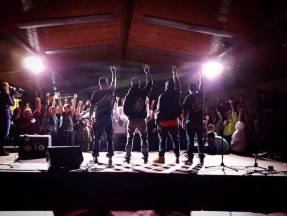 But do not be discouraged, because here is the beautiful truth: in this same community, weary and with every entitlement to bitterness after eighteen long years of fighting, where agents of the State of Alaska rallied against justice, fought to keep the innocent imprisoned, fought to set the guilty free, fought to humiliate and degrade those who would speak out, where all week-long the onslaught of injustice exhausted and baffled those who used to believe in the system, the sun set Friday on a week of outrage and hurt. Yet, on Saturday, these same people gathered. They laughed, they prayed, they dug into their pockets and contributed to fund the fight against their own government for justice and freedom. And they were good, and happy, and they chose to create light rather than dwell on the darkness. Young men from other tribes joined them with messages of strength. They sang the songs of their language and the dances far older than the injustice brought upon them these hundreds of years ago. They sang fight songs. Warriors, they said to the people, don’t go backward. They do not go in circles. They do not give up. And there beside the river, laughing and dancing and remembering, the injustice was triumphed again as it has been many times before and will be many times again. The State of Alaska has deep pockets, the have the keys, the have the guns, they have the courthouses, they have the police, they have the attorneys, they have all this worldly power. But the don’t have the kind of power that was alive and well inside the people, and they can’t put that light out no matter how hard they try.

HERE is the one link you should definitely take a look at. Pictures of people responding to this injustice by being amazing and kind and brave and so good it will make you believe in people completely.

4 thoughts on “Day 14 – Another Beating Victim, Marvin Roberts, State of Alaska’s Attack on the Press”