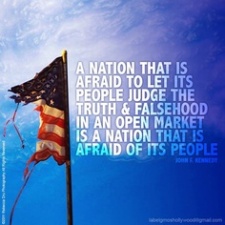 When the Alaska Innocence Project submitted an application for Post Conviction Relief on September 25, 2013 the clock began ticking on the State of Alaska. They were given the standard forty-five days to respond to the filing. Many residents of the interior Alaska community of Fairbanks wished that they would act more swiftly, given that the contents of the filing indicated that not only had four young men been wrongfully incarcerated for sixteen years, but three of the five men named as the true killers of John Hartman had gone on to commit brutal murders of unarmed civilians within a small handful of years following Hartman’s death. Perhaps more disturbingly, the other two alleged by the filing to have viciously beaten John Hartman to death for Saturday night amusement are free and still roaming through the streets of Fairbanks, Alaska. The gravity to the allegations – that the state had wrongfully imprisoned four innocent men for sixteen years, that in doing so had allowed killers to go free, and that a slew of brutal murders came as a result of the state’s actions – left hope among many in the community that the state would respond to the grave allegation swiftly.

The first indication that the State of Alaska did not intend to act with a sense of urgency came a few hours BEFORE the filing, when Police Chief Laren Zager indicated to reporters for KTUU Channel 2 Anchorage that the filing was not credible and would not gain traction, BEFORE having read the filing or seeing the evidence it contained. This concerningly early statement was an early indicator of how the powers that be were likely to respond. These early remarks were uninformed and dismissive. Supporters remained hopeful that the future official response would show more awareness of the gravity of the issues at hand and take a more informed position.

Just over a week after the filing, with 37 days remaining until the state’s response to the Innocence Project would be due, the State of Alaska issued a press release  through the Department of Law regarding the post conviction relief filing.

“Although there has never been any credible or serious allegation about the integrity of the investigation, or the prosecution, which led to these convictions, the department will conduct an independent review,” the State said in its press release. They went on to reassure the public that they were confident the right people were in jail, and that they would soon begin an “independent review” of the case themselves.

The press release was met with disgust by supporters of the Fairbanks Four, who found the statements attacking the credibility of Tanana Chiefs Conference, Alaska Federation of Natives, and the Alaska Innocence Project disheartening. But the content of the release that drew the most criticism was the promise of an “independent review.” The offer for an “independent” review was misleading, since the State of Alaska investigating itself is of course not an independent investigation, but an internal investigation. The complete dismissal of the independent review that had taken place was also poorly received.

The National Innocence Project entered into the Fairbanks Four case as neutral third party tasked with completing an independent investigation of the convictions of the four men. As with any other case that the legal nonprofit decides to complete a thorough investigation and review of, the Innocence Project enters the situation as a completely neutral party well qualified to review the prosecutions in a case, the original investigative materials, evidence used to obtain convictions, and any pertinent new information. When the State issued their press release they failed to acknowledge that the one and only independent investigation ever launched in the Fairbanks Four case had already been completed, and its findings filed in the form of an application for post conviction relief claiming complete innocence, thereby verifying that the Fairbanks Four had been wrongfully convicted.

The tone of the press release was once again uninformed and dismissive. The press release further indicated that the State intended to take longer than the allotted 45 days, and restated the continued confidence the State had in its original convictions.

In an email to Alaska Dispatch in response to the State press release, Executive Director of the Alaska Innocence Project Bill Oberly said the state’s tone was disappointing. “We hope the negative tone of their press release is not indicative of their approach to this case.”

In response to the tone and content of the State response supporters of the Fairbanks Four and concerned Alaskans flooded the Governor’s office with letters asking for Governor Parnell to expedite the review. The governor’s office was sent over 4,000 signatures on a petition asking for clemency or the timely review of the allegations of corruption and wrongful conviction in the case. The Alaska Federation of Natives, the largest organization of its type in the Alaska, unanimously passed a resolution  on October 27, 2013 asking the State to review the new evidence in the filing immediately. Crowds of hundreds of protesters gathered at at least four separate events to protest the continued wrongful imprisonment of the Fairbanks Four and urge the state to act swiftly in the case.

Four days after hundreds of protesters gathered to demand an expedited response from the State that was in line with the seriousness of the situation, the state announced that with only eight days remaining in their 45 day response time, they had just begun looking at the case. They further indicated that it would take them “many months” to review the convictions, and that not until they were finished reviewing their OWN investigation and materials they have had in hand for the past sixteen years, that they would begin to look at the new information on the case. (READ ARTICLE HERE)

Supporters are calling for interference from the Federal Bureau of Investigations to investigate the original investigation, the allegations of corruption and institutionalized racism, evidence fabrication, and public corruption that have long flanked the Fairbanks Four case. They are also seeking allies from national and international justice organizations to call for an open and efficient investigation of the case, and an investigation of the state officials, police, and prosecutors involved in all stages of investigating and litigating the case, from 1997 to present.

We deserve better than leaders who are uninformed.

We deserve better than a justice system that is dismissive,

We deserve to live in a community where transparency is valued.

We deserve to live in an Alaska where there truly is JUSTICE FOR ALL.

We hope that the State investigation is full of integrity, is appropriately swift, and is as independent as an internal investigation can be.

To those who seek to further justice by impartial and ethical practice, we will always support you, and fear not, the light is coming.

To those who still seek to stand in the way of justice – THE LIGHT IS COMING.

6 thoughts on “State of Alaska Fails to Investigate ‘Fairbanks Four’ Case In 45 Days, Says They WIll Take “Many Months””