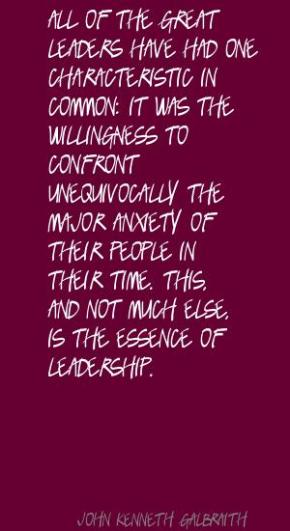 According to attendees of the Alaska Federation of Natives conference where a large demonstration took place in support of the Fairbanks Four, LIsa Murkowski voiced her support of the efforts to overturn the controversial convictions of Marvin Roberts, Eugene Vent, Kevin Pease, and George Frese.

In the wake of Assistant Attorney General Adrienne Bachman’s comments yesterday that she believed her review would take “many months,” and indication that the state intended to first review the original case material prior to investigating the new information in the murder of John Hartman, Murkowski’s office made a press release that included the letter below. 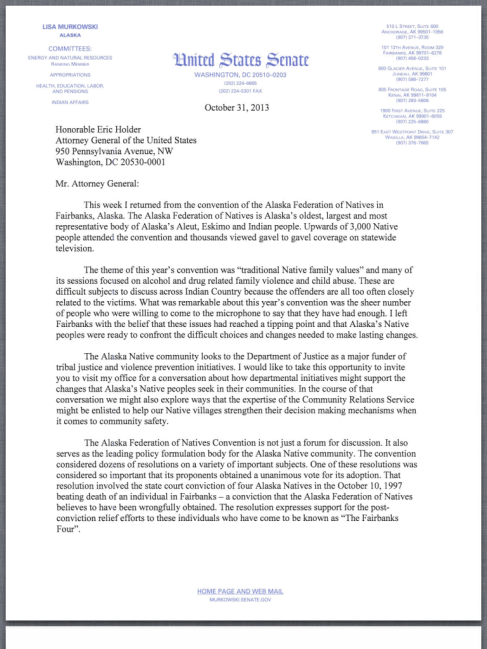 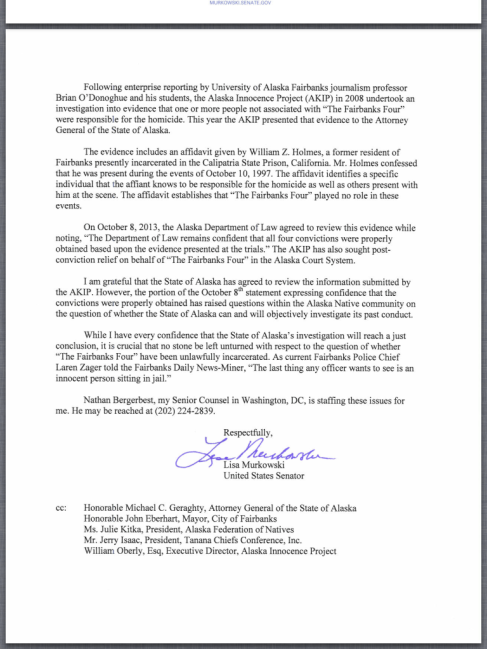 We applaud all who take a stand on this case, for justice in any circumstance, and agree wholeheartedly with Sen. Murkowski that this case must be investigated properly, swiftly, and in the interest of true justice.

“Men make history and not the other way around. In periods where there is no leadership, society stands still. Progress occurs when courageous, skillful leaders seize the opportunity to change things for the better.”  —Harry S. Truman