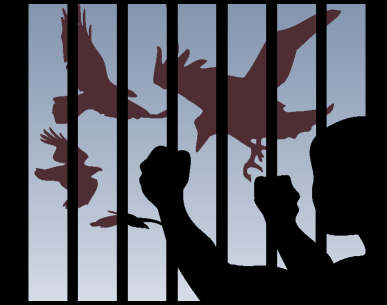 In the mid-nineties, four young minority men were interrogated for hours upon hours in the rape and strangulation murder of a sex worker. After these hours of incredible pressure, they confessed. Nearly immediately after their interrogations the four voiced their innocence, and stood by it steadfastly for all the years to follow.

There was no physical evidence of any kind linking the four men to the crime scene, the victim, or each other.

Still, they were tried, convicted, and served nearly seventeen years for a rape and murder based upon the terrified statements of a few teenagers.

The reality is that the Fairbanks Four are not alone; far from it. Convictions without evidence based on false confessions from young people are sickeningly common. Our society is led to believe that our justice system is righteous, and as such would be eager to seek out the instances when people have been wrongfully convicted and set the record straight. Sadly, the noble pursuit of justice for justice’s sake is sickeningly uncommon.

The Englewood Four were blessed to have DNA evidence in their case which could eventually be linked to other offenders. When a re-testing of the DNA linked the semen at the crime scene to a serial rapist and murderer known in his neighborhood as “Manic,” WHO HAD BEEN PRESENT AT THE SCENE OF THE MURDER WHEN POLICE ARRIVED, any rational person would assume that the state attorney would push for exoneration of the Englewood Four. Instead, he fought to keep them behind bars. Hard.

The good news? Today, these four men were exonerated. It took a lot of work – YEARS of work. 70,000 signatures on a petition. Representation from the Innocence Project, the Center on Wrongful Convictions of Youth, the Exoneration Project of the University of Chicago Law School AND Valorem Law Group. But, today, their lives changed. Not one moment of the seventeen years that were stolen from them can be returned. Not one birthday, not one hug, not one Christmas present, not one quiet cup of coffee, none of the weddings or funerals they missed. Time can be stolen, but not returned. There is no restitution on this Earth to give back to these men what was taken from them.

The only silver lining in these heartbreaking cases – The Fairbanks Four, the Englewood Four, and the thousands of others like them – is that perhaps through their stories justice will grow stronger, corruption will weaken, and someday the most important factor in criminal court will be whether or not a citizen has committed a crime, not the designs of power-hungry or deluded men in power, not the color of their skin, their age, or the depth of their terror. Perhaps the difficult road that the Englewood Four walked will help to clear the way for the Fairbanks Four and many more innocent people.

Let us not be discouraged by the scope of injustice, let knowledge of that feed our determination to overturn it. Let us be joyful today for the exoneration of Vincent Thames, Terrill Swift, Harold Richardson and Michael Saunders, and inspired by their success.

One thing they did well was spread the word and gather petition signatures. Help the Fairbanks Four by signing their petition HERE and asking your friends to do the same.

Below is an excerpt of the Innocence Project press release and a few articles on the Englewood Four:

“Saunders, Richardson, Thames and Swift have spent most of their adult lives in prison. They were between the ages of 15 and 18 when they arrested. Based on false confessions and without a shred of physical evidence, they were wrongfully convicted and sentenced to 30-40 years in prison. Their cases, and others in Cook County, reveal a dangerous pattern of injustice based on false confessions. The Innocence Project is calling on Cook County to conduct a review of all cases involving juvenile confessions. In the past four months, ten people have been exonerated through DNA testing in Illinois after being unjustly convicted based on confessions they gave as teenagers.”

1 thought on “An Injustice Anywhere…..The story of the Englewood Four, who were exonerated today!”