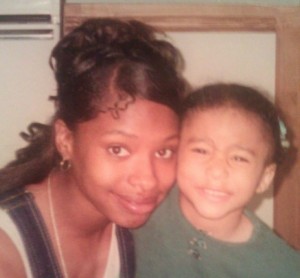 Who would still be alive today if the right men had been arrested and convicted for the killing of John Hartman?

Often discussed in the realm of the innocence movement are the consequences of wrongful conviction on those who are wrongfully convicted. The pain and suffering, the damage to the justice system, the social ramifications for a false sense of justice, the difficulty of rebuilding a life after years of imprisonment – these are topics that the innocence movement gives great consideration. Less discussed is the effect it has to leave the guilty on the streets. As this case has progressed we have become more and more aware of that impact, and as the Fairbanks Four approach a trial date we want to recount as many of the damages as we can. The Fairbanks Four have lost pieces of their lives, years. But they have not lost all. Some have.

Three of the five suspects now believed to have killed John Hartman are currently serving long sentences for other murders. The other two have long criminal records for drugs and violence but remain on the streets. John Hartman was the first person they killed, but within five years the body count of their known victims had risen to five. Five murders which could not have happened if these men were arrested and convicted on the timeline that the Fairbanks Four were instead arrested and convicted of the crime. Teaka Bacote, Hakeem Bryant, Christopher Martin, Victor Torres, and Julie Ann Wilde would be alive today if the right people were arrested in October of 1997.

In addition to the known victims, there is the concerning list of the missing which surround these perpetrators. One crime to which they had distressing and memorable proximity is the killing of Mahogany Davis.

Mogohany Davis was a 21-year old mother of three, including a three-week old, when she ran bleeding and barely dressed into the parking lot of the Little Dipper apartments. She collapsed onto the pavement and a neighbor called 911. The call came in at 4:13am on May 11, 2002. Mahogany lived nearly two hours past the 911 call, and Fairbanks Police officer Jim Geier, who was instrumental in the Fairbanks Four arrest and convictions, was able to speak to Mahogany before she passed. An excerpt from a May 13, 2002 Juneau Empire article confirms that Mahogany did speak.

Sgt. Jim Geier said officers were able to talk to Davis before she died at Fairbanks Memorial Hospital about 90 minutes later.

If Mahogany, barely clinging to life, was able to speak, what did she say? What would you say? Those unknown words have long unsettled her family, who believe she would have used her last moments on this earth to reveal the identity and motivation of her killer in an effort to protect her children as a final act. They are haunted by a troubling and lingering question – if one of the lead detectives on the Hartman crime heard deathbed revelations that named alternative suspects in the Hartman killing, would that story have died with Mahogany? If there were reputations at stake, would this young mother’s case be allowed to fall cold? It is a weighty accusation, and one that cannot truly be known. But what she said and why it did not lead to her homicide being solved weighs heavily on her surviving family. It is only know that she spoke, but because her murder investigation remains open, the contents of the file are confidential, and her family knows little more today than they did in the days after her death.

According to Davis’ mother, Rhonda Davis, the crime scene was horrific. The apartment opened to a short hallways that was splattered and smeared with blood.

The family believes Mahogany Davis was killed by someone she knew since there was no sign of forced entry. Mahogany was attacked in front of her three sons, aged 4 years, 20 months, and 3 weeks at the time of her murder. Mahogany’s youngest son was fathered by William Z. Holmes and she was a close associate of Jason Wallace. According to Mahogany’s mother, the oldest of the children described the assailant as a yellow-skinned black man. They also said her wounds were stabs, but did not appear to be from a knife. Wallace was arrested later in 2002 for attacking and killing a woman in her home with a hammer, and attacking and stabbing another man in his home with a screwdriver. They see parallels between these non-knife stabbing murders and the death of Mahogany. Rhonda Davis points out that Jason Wallace, longtime Holmes associate and convicted killer, has a “yellow complexion.”

Mahogany had a long relationship with William Holmes, was his ex girlfriend, and mother to his son. Her family believes Mahogany was killed by William Holmes or his associate Jason Wallace because she had information about them – either about upcoming large drug deals or their involvement with John Hartman’s murder, or any other incriminating information.

Today, Mahogany’s case is cold. No suspects were ever arrested, and if William Holmes or Jason Wallace were ever investigated, the Davis family was never informed. Local station KTVF 11 reporter Stephanie Woodard ran series on the Mahogany Davis killing called “A Look Into the Cold Case Murder of Mahogany Davis,” which we have linked to below.

Mahogany’s family yearns for justice and as much closure as that can bring. Please hold them and the families of other victims in prayer, because the wrongfully convicted may come home someday, but the victims of the wrongfully free will never return. They have paid a terrible price at the hands of wrongful conviction. In this regard the Fairbanks Four and their families are blessed, although their suffering has been significant and long, they woke up today with their lives, and although family may have to visit them through windows and in chains, they are still with us.

If any reader has tips about the murder of Mahogany Davis please do call Crime Stoppers at 907-450-6500.