In a ruling made public today, the Alaska Appellate Court has shot down the efforts of inmate Jason Wallace to keep his confession to the murder of John Hartman out of court.

Although the exact statements of Jason Wallace related to his participation in the 1997 murder for which the Fairbanks Four were convicted and remain incarcerated have yet to be revealed to the public, the ruling confirms that Jason Wallace made statements to “an investigator working for his attorney which, if true, would tend to exculpate four defendants who were previously convicted of the same crime that J.W. described.” Wallace, currently incarcerated for another murder and represented by Fairbanks attorney Jason Gazewood who was most recently in the news after being held in contempt of court, has fought the release of his confession since the Alaska Innocence Project entered them under seal as part of a Post Conviction Relief filing based on actual innocence on behalf of the Fairbanks Four. Marvin Roberts, Eugene Vent, Kevin Pease, and George Frese were arrested and convicted of the Hartman murder in October of 1997. the four young men were convicted despite a wealth of alibi evidence and with no physical evidence of any kind linking them to the victim or each other.

Jason Wallace has been fingered as an alternate suspect in the Hartman killing since at least 2004, but a substantial statement related to his involvement proved elusive. Finally, in a sworn affidavit to the Alaska Innocence Project dated in 2008, high school acquaintance of Wallace Scott Davison detailed the statements about the killing Wallace had made to him just days after the murder. Davison was absolutely bullied and berated by the State of Alaska for coming forward.

According to oral arguments made during a recent misconduct hearing on the case, in 2011 William Holmes, a Fairbanks man serving a double life sentence in a California prison for unrelated murders, developed a relationship with correctional officer and chaplain Joseph Torquato. Holmes told Torquato about his life in Alaska and his troubled past. On December 5th, 2011 Holmes detailed to Torquato his role in the stomping murder of a young boy for which four innocent men were imprisoned. Torquato was so compelled by the statements of William Holmes that he went home the same night and used the internet to research similar murders in Alaska. He came upon the Hartman case, and the next day when he saw Holmes he asked him, “Does the name Hartman mean anything to you?” to which Holmes replied, “Do you mean John Hartman?” The inmate confirmed that the murder he had confessed to the previous day was indeed the Hartman murder. Torquato implored Holmes to come forward to Fairbanks authorities, but he refused.

The correctional officer then took the information to his supervisor and together the two composed what is now referred to in proceedings as the “Torquato Memo.” Torquato sent the written account of the confession by Holmes to the Fairbanks Police department. They forwarded it to the District Attorney’s office. Ultimately, neither party took action.

The State’s failure to disclose the confession of Holmes when first received was the subject of the July 30th hearing in Fairbanks Superior Court, where the state argued that the wording of the Code of Ethics as written in 2011 should have allowed the prosecutor to withhold the confession, although they conceded that such conduct would not be acceptable in 2014. They further argued that because the Fairbanks Four had been convicted by 2011 that they did not have any remaining constitutional due process rights.

Counsel for the Fairbanks Four argued that there were indeed state and federal constitutional rights violated through the withholding of the Holmes confession, and that the ethical obligation to disclose the confession was so clear that it was “offensive to justice” to have withheld it. Attorneys for the Fairbanks Four discussed the harm that had come to the four men’s case as a result of the State’s decision to hide the Holmes confession. Among other things, they cited the 2014 deaths of two witnesses who had heard confessions from Marquez Pennington. Had the State revealed the confession as obligated, the argued, the witnesses may have been alive to testify that Marquez Pennington made admissions in the case as well. This small comment was the first reference to yet a third confession – the confession of Marquez Pennington.

A decision as to whether the actions of the District Attorney violated the rights of the men known as the Fairbanks Four is forthcoming from Judge Paul Lyle.

Despite the State decision to withhold the confession, it eventually came out. Holmes confessed directly to the Alaska Innocence Project. In 2012, Holmes mailed a detailed and handwritten confession to his role in the killing of John Hartman in which he named Jason Holmes, Marquez Pennington, Shelmar Johnson, and Rashan Brown. The five teenagers, according to Holmes, went out that night hoping to assault “drunk Natives” for fun, and after being unable to find the ideal victim happened upon John Hartman. According to Holmes Jason Wallace was the ringleader of the vicious assault, but all four of the other men he named attacked and killed Hartman, while Holmes served as driver. (Read the Holmes confession HERE).

The Holmes confession provided answers long-sought by the Fairbanks Four and their families and friends who for nearly two decades have insisted on their innocence. It also corroborated the affidavit of Scott Davison, and became the centerpiece of the 2013 Alaska Innocence Project filing for Post Conviction Relief on behalf of the men. Also contained in the filing were statements made by Jason Wallace said to “corroborate the confession of William Holmes.”

The statements by Wallace, potentially subject to attorney-client privilege, were filed under seal and it was never known if they would be made public. Jason Wallace can, and likely will, appeal the decision to release his confession to the Alaska Supreme Court, although it seems unlikely that they would opt to hear the case. The decision by the Court of Appeals only applies to the narrow issue of whether or not the judge CAN consider it for admission. It is still possible that Judge Lyle will not declare it admissible. It is possible that he may admit it and keep it confidential.

This wins a battle, but the war is long. 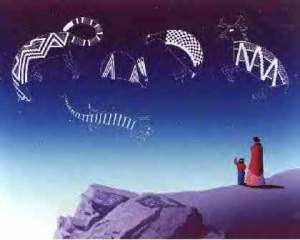 Whatever the legal meanderings of this case through the maze of a truly sick justice system, we have as much faith today as we did when we wrote our first post. The first time anyone ever used the term “Fairbanks Four” we used it with this promise beside it  –  “This is story of injustice, a plea for help, for understanding, and above all a story of faith in the power of stories, of the truth. Writing this blog is an act of faith, a testimony to the power of the truth, spoken, read. We may not be experts in journalism, in law, or many other things. But the contributors here come from Alaska, from a culture that has a long tradition of storytelling, and a belief that the truth holds incredible power. This is a long story, and we will have to tell it the old way, the slow way, in pieces as they come.”

This story is unfolding as we knew it would and know it will because we have known the ending since the beginning. This blog is still a story, told in pieces as they come. Today, this is a new piece of a long story. This movement is still a plea for help. We need you to share this story and do what you can to right a wrong.

Above all, it is still an act of faith and we have absolute faith in the good of people like you and the power of the truth.