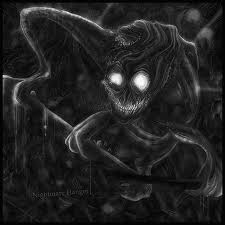 We have, over and over, referred to the specific method of interrogation that was used on the Fairbanks Four AND on many alibi witnesses who were questioned. We have heard from these people that their interrogations or interviews were some of the worst experiences of their lives. Some, even a decade and more later, still suffer nightmares about the experience. These people have done a wonderful job describing how this interrogation technique feels. We want to also help you all understand how it works. And the best place to start is the very beginning, so bear with us for what is going to be a long, but very informative post. 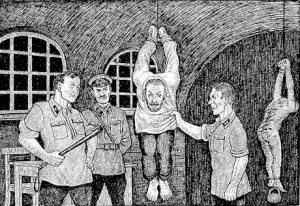 From America’s earliest days as a country well into the 1940’s, suspects of crimes were by policy routinely interrogated with a method known as the “third degree.” Some highlights of this technique included violent beatings, holding heads under water, starvation, threatening to kill a suspect and their families, sleep deprivation, electrocution, and a slew of other nasty tactics that make water-boarding sound like a fun jaunt through a sprinkler on a sunny summer day. These tactics were the rule, not the exception, and officers were trained to use torture because it worked.

These methods produced many confessions, and sent many confessed murderers to their prison cells and graves. There is no question that the third degree was an effective way to get confessions. But by the 1930’s, scholars began to notice that many of these confessions were false. The public became increasingly critical as well and people began asking a lot of questions. When hundreds of people were beaten at rallies the press reports were not favorable. NAACP began an anti-lynching movement. A new era was on the horizon and suddenly the general public was not content with the status-quo. A civil rights movement was a-brewin’.  This whole third degree thing was, after all, pretty outdated. Decades and decades old. It was time for a change, and it was clear that the third degree had to at least begin to die out with the 30’s. With no alternative available the third degree continued to be the standard through most of the 1930s.

By the 1940, the practice of physical torture in order to elicit confessions was rapidly falling out of favor. Several courts had found it to be unconstitutional, forcing the practice underground. Investigators tried beating people with rubber hoses so that there would be less bruising, but it was clear that a more lasting alternative was needed. Society (including most police officers), thankfully arrived at a point where most people were not too keen on confessions being beaten, starved, dunked, and cut out of suspects. No, it was time for something more civilized. 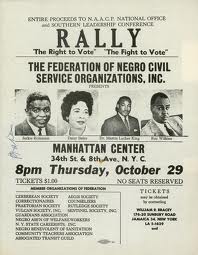 Enter John Reid – an Irish cop from Chicago with no background in psychology whatsoever. If the American law enforcement had not been so desperate for a less violent but effective form of interrogation, his psychology-based method could well have been laughed off. But sometimes timing is everything. Reid had a gift. He could, without beating someone, persuade them to confess. We will never know if Reid himself had a gift for obtaining true confessions, false confessions, or both, but we do know he got more than 5,000 of them during his career. He shared and taught his technique. Eventually, he published a book on interrogation –  it came at the perfect moment in history, and it was rapidly adopted. In lieu of physical torture Reid’s book recommended something equally as effective but much less likely to leave visible marks: psychological torture!

The Reid Technique of Interrogation was simple, easy to learn, and it worked! It produced confessions! As a matter of fact it worked better than old-fashioned torture. So, police officers across the country and world began to use his 9-step process. By the time 1960’s passed the third degree had been all but replaced by the Reid Technique. The process works something like this: 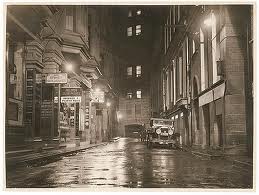 The first order of business is to perform a non-accusatory interview, review the evidence, and be reasonably sure that the suspect is guilty of the crime. The 9 steps are supposed to be used on people who are GUILTY of a crime, so it is important to be reasonably sure that you are dealing with the perpetrator. So, how do investigators know they have the right guy? Basically, one of two ways. In the first scenario, they have mountains of evidence (eye-witnesses, fingerprints, found the guy at the murder scene covered in blood and holding a knife – that kind of thing). In the second scenario the officer determines that the person is guilty using their expertise in psychology. You know, the expertise they got in the book written by a guy with no background in psychology. Sadly, as with many of life’s crappy ideas, the Reid Technique of interrogation often fails before it even begins.

Because the investigator believes they can spot guilt just by looking at or interacting with a suspect (and in fact have been instructed that they can) these investigators rely on this  super-power to be sure that they have the right guy. The good news? One person did do a study which concluded that investigators are better than the average joe-shmo at spotting guilt. The bad news? That guy would be John Reid. After he finished pretending to be a psychologist, he moved on to the illustrious position of pretend-scientist. The other bad news? Pretty much every other study done on the topic shows that police officers are no better than spotting a guilty person than the average citizen, and sometimes worse. But the problem is that unlike the average citizen they BELIEVE they have the right guy. And as soon as they are sure they have the guy, Reid interrogation process beings in earnest.

Once the investigator is sure he’s got the right suspect, he starts the nine step process. Here are the nine steps:

To give John Reid and his modern associates some credit, they recognize that this method produces confessions, and that it produces confessions from the innocent and guilty alike. So, they stress that investigators must not start in on a suspect until they are reasonably sure they are guilty. And really, that makes sense. Here is an interrogation method that will nearly always produce a confession, so if used on a guilty person, that is a good thing. But when it is used in the innocent, it is a recipe for disaster. 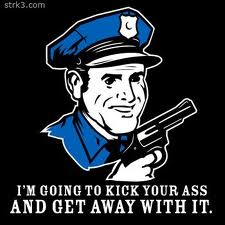 When this method is exposed and examined it seems – well, barbaric. Out of time. Like some brutal junk-science from the 40’s cooked up by an unqualified nut. And it seems that way because IT IS. The Reid Technique is crap. It is illegal in many places, considered controversial at best and criminal at worst by scholars, and the winds of society are already changing. Someday, probably someday soon, this will go the way of the third degree. The Reid technique will disappear into an embarrassing chapter of our history where it belongs, and we will progress.

In a world where it is very well established that false confessions happen, how can a person tell a false confession from a real confession? Once in possession of a confession, a well-trained investigator will take a look at the statements and make sure that they appear to be accurate. There are some tell-tale signs of a true confession:

1.)  Physical Evidence Backs Up the Confession. Did that happen in this case? Read the physical evidence for yourself HERE.

3.) The Suspect Does 80% of the Talking. Read any of the interrogations. The investigator does more than 90% of the talking, the suspects less than 10%.

4.) Circumstantial Evidence Lines Up. For example, in most true-confession scenarios, an investigator will find that the accused has no alibi, or was seen acting suspiciously, or seen with their co-conspirators. They do not usually find that the suspects were miles and miles across town, attending a wedding reception, at a party, or spending the post-murder hours dancing away. See timelines for Kevin, Eugene, Marvin, and George to judge the circumstantial evidence for yourself.

5.) The Confession Reveals Motive. No one at any time has ever been able to connect the Fairbanks Four to the victim, to the victim’s whereabouts that night, or establish motive of any kind (beyond that the suspects were wild Natives).

SO……in the case of the Fairbanks Four, the use of the already shady Reid Technique went wrong before step one. Long before the investigators and the Fairbanks Four came into contact, a fundamental problem already existed in that the training the investigators received was flawed, and the the background of the four was poorly matched to the tactic.

But even with the stage set for disaster, if the investigators had adhered to the first step of the technique, things would have likely ended before they began. There was no evidence to indicate that the teenager in custody was tied to the crime in any way, let alone any evidence to make the investigator “reasonably sure” he was guilty. If the Reid technique of interrogation had been applied properly, these suspects would have been dismissed after the non-accusatory interview. Should they have been erroneously interrogated after the interview, their interrogations should have been ceased when investigators realized the boys in custody were underage, intoxicated, or had questionable memory due to intoxication. If that fail-safe failed, the interrogations should have been dismissed when they failed to meet even ONE of the litmus tests of an accurate confession. Yet…..they were not. This case serves as a scathing expose of the weaknesses of the antiquated and ill-founded interrogation method. The Reid Technique is the corrupt foundation on which many injustices are built.

We wish we could say that this interrogation tactic failed with horrific consequences only for the Fairbanks Four. Sadly, it has led to so many wrongful convictions that it would be impossible to enumerate them here. Perhaps one of the best examples is the case of the Norfolk Four which became the subject of a very well done PBS Frontline program called “The Confessions” which you can and should read about HERE.

Want to read more? Check out these articles and references. Criticism and evidence that debunks the validity of the Reid Interrogation Technique is so prolific that this is a miniscule sampling: