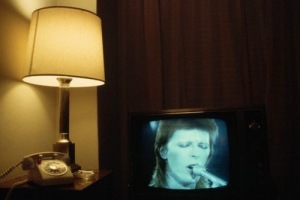 In the days and weeks following the murder of John Hartman many, many people who came forward to tell the truth were treated poorly by police, threatened, and terrified by their experiences. In barely veiled threats, some were even made to believe that if they stuck with their story they may become suspects in the murder as well.

“You keep asking me for the truth, I keep telling you the truth, I don’t understand…” cried one fifteen year old being interviewed. Incarnations of her fear, tears, confusion, and BRAVERY when being pressured to give up the truth and accept someone else’s lies are echoed in many, many interviews with the case.

Why? Because by telling the truth in a climate of deceit, these ordinary people were threatening to tear down all that the investigators thought they had built in the early days following John Hartman’s murder.

The police had a lot of things going for them in the moments, hours, and days immediately following John Hartman’s death. They had four men in custody, two of whom relented to some degree to the aggressive and relentless interrogation and had arguably implicated themselves in a murder. They had collected shoes and boots, pants and shirts, jackets and caps, and the alleged getaway car. All evidence was sent to a crime lab, and they likely expected the tests performed there to confirm their theory. Early, brief conversations with the a handful of the people the men claimed to have spent the evening with made it seem at least possible that all four of the men had been at the Eagles’s Hall at 2 am or shortly after. The police theorized that they had met up at that point, taken a short drive down the street, beaten and sexually assaulted John Hartman for being white, then parted ways. Perhaps they expected that as time went on more witnesses would come forward to confirm their theory. They announced that the crime was solved, and maybe they believed it was. A story of the beating appeared on the front page of the local paper, followed the next day by mug shots of the four arrested. And then, the station was flooded with calls. Witnesses did come forward, including one call that would throw the first of many, many wrenches into the case the investigators were building.

The call came from Melanie Durham, a resident at the women’s shelter adjacent to the crime scene. A house where women and children go to escape fists and feet and men that would hurt them. A place women go so that they do not have to hear children plead weakly for help. On the deck outside this place, Melanie heard a murder.

Melanie said that she knew what time John Hartman had been killed. She had been watching the Late Night with Conan O’Brien show that night, and David Bowie was the musical guest of the evening. She is not a Bowie fan. As he began his performance at 1:30 am, she stepped outside for a cigarette. As the door shut behind her, David Bowie played the first acoustic notes of his song for the evening. He played “I’m Afraid of Americans,” and  “Dead Man Walking.”

Melanie could not hear Bowie’s voice haunting the air inside, “I’m gone, gone gone, like I’m dancing on angels. And I’m gone, through a crack in the past…”

Outside the air was freezing cold and dead empty, silent. Melanie lit a cigarette. Then, she heard a smacking sound, a crack in the silence. A familiar sound. Violence had brought her to this place, she knew its soundtrack. She heard one smack, another, another. She heard a small voice plead for help. She heard darker voices respond without mercy. And then, a return to silence.

Melanie rushed inside, told a night shift worker at the shelter what she had heard. The two stood outside together for a moment, listening. They heard nothing. So, they did not call for help.

Inside, perhaps  David Bowie crooned the last of his song, “I know who’s there, when silhouettes fall…… and I’m gone..”

When Melanie saw the article about the boy in the paper, she called the police to tell them her story, to tell the truth. Her timeline was strong, and through it, police established that John Hartman was beaten to death in an assault that lasted the length of a song. 1:30 to 1:35am

This information changed things. All of a sudden, it was crucial to know about time, to the minute. Naturally, these investigators returned to their notes, the others they had interviewed, to verify that the four in custody had no strong alibis during those critical five minutes. But what they found, probably much to their surprise, was that all claimed to have been elsewhere at 1:30am. And initial interviews with the witnesses who had seen them appeared to confirm that claim.

So, they returned. More interviews, more people. People who would continue, by and large, to tell a very simple truth. Only this time they would be treated as criminals. As revolutionaries, threatening the powers that be. Because, when the police heard the truth, a time of deceit had already begun. These small truths were cracks in the theory, threatening to break apart the entire story.

In the days to follow we will provide details of the police interviews that came in the early days of the investigation, and letters from some of those who were interviewed, who have graciously and bravely agreed to tell their stories again.