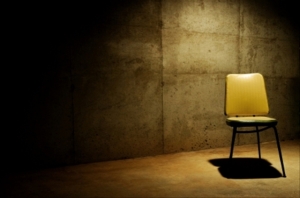 Kevin Pease was not a stranger to the Fairbanks Police Department. His juvenile record was not exactly shocking, but showed a pattern of trouble-making. In short, this was not his first rodeo.

Kevin’s previous experience with the police, and his clear disdain for them, comes through loud and clear. Kevin had something that none of the other four had – he had some understanding of his rights. He asks if he can leave, and because they have no legal right to continue holding him for questioning, he gets to leave.

Kevin is not respectful or polite in his interrogation. However, if the other three had known a little more about their rights, and felt less obligated to bow to authority, the investigation likely would have ended there.

Kevin’s interview is a quick read. It is worth noting that Kevin lies to the police about his whereabouts. He tells them he was with his girlfriend, when in fact he had spent the night partying at various locations. It is also worth noting that the blood on his shirt, which he says is his own from a nose bleed, was in fact shown to be his blood in lab tests.

5 thoughts on “The Truth About Experience – Kevin’s Interrogation”