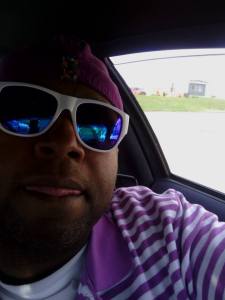 When William Holmes confessed to his role in the brutal murder of John Hartman, he named four accomplices: Jason Wallace, Rashan Brown, Shelmar Johnson, and Marquez Pennington. The press, as a rule, has excluded mention of the two named by Holmes who are not in prison. Holmes, Wallace, and Brown are all serving time for murders they committed as individuals. Pennington and Johnson are free and residing at least part-time in Alaska. We do not see any reason to shelter them and have never excluded them from reference.

Mr. Pennington appears to have used the eighteen years that have elapsed since his alleged participation in the beating death of John Hartman to pursue other criminal activity. His criminal record is extensive. Marquez Pennington has been arrested more than 30 times between 1998 and 2012, or 2.14 times per year. His record can be viewed HERE. These arrests have often contained multiple charges, and his record exposes a long history of drug sales, use, and violence. Despite many significant charges being brought against him, including multiple drug related felonies, Mr. Pennington has apparently avoided harsh prosecution. He did serve some time in prison alongside the men currently incarcerated for the murder of John Hartman, and was apparently unmoved by the process of looking innocent men serving time for his sins in they eye. 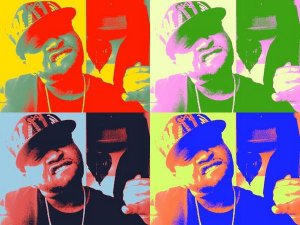 In addition to his relatively brazen work as a drug dealer apparently conducted without significant law enforcement interference, Mr. Pennington has enjoyed a long if unremarkable career as an amateur hip-hop artist. When rapping, Marquez Pennington goes by the stage name “Q.B.” and “Q.B. of Choldhustle.” His work appears on Myspace, and a compilation album titled “Interior’s Most Wanted,” produced by Redd Dott studios, or Alaska Redd, the studio of Josh “Red” Silva, a Fairbanks rapper who has collaborated with Marquez Pennington as well as Bill Holmes and Shelmar Johnson. On this particular album, distressingly dedicated to both William Holmes and his slain ex-girlfriend Mahogany Davis, Marquez Pennington is featured as Coldhustle. Other self-imposed monikers associated with the middle-aged Pennington include Cube, Q, Quadruple, and so on.

Holmes is not the only source who links Pennington to the murder of John Hartman.

A source who spoke on the condition of anonymity relayed the following story about  Mr. Pennington:

“In 1998, early 1998 I think, I was in FYF (Fairbanks Youth facility – the local juvenile detention center) with Marquez. Everyone knew he killed Hartman. He told people, he bragged about it, that they curb stomped this kid. And here, we were doing time for little stuff. Curfew, weed, drinking. Nothing big. And he was getting out ahead of us, before all of us. We were there and he was leaving, and that’s when I remember hearing about it. Because that was what caused people to really talk, their frustration that a murderer is just walking out the door. Guys being like, man that’s messed up, killers getting out of here and we are stuck here. No one thought it was okay what he did, but we were just young and scared. Still scared. When a person will do that to a little for nothing what would they do to you?”

A recent filing on behalf of the Fairbanks Four revealed another source linking Marquez Pennington to Hartman’s murder. According to the filing, Fairbanks man Takory Stern contacted investigators in March 2014 and requested a meeting. Once there, he gave statements indicating that Marquez Pennington had confessed to his role in the murder directly to him in 1997. At the time Stern would have been 14 years old. The officer who conducted the interview recorded only small portions of the interview. In this article about the statement, Officer Avery Thompson alleges that it is normal practice to only record portions of interviews. It seems contrary to basic investigative skill to record a statement only partially, but it is safe to say that for this case at least, it is routine for interviews to be truncated, partially recorded, or missing altogether.

Takory Stern is reported to have killed himself during a police chase several months after giving his statement. Whatever his troubles, we are grateful that he chose to do the right thing and come forward with his information, and glad he was able to relieve himself of this burden before his time on Earth was finished. It was clear from his obituary that he was very loved and is missed.

Marquez Pennington is a man with a long criminal record who has been named as the killer of John Hartman by one of his accomplices and other witnesses. He is a resident of Fairbanks and North Pole, Alaska, and remains entirely free in the community he has been harming since at least 1997. In the Holmes account of the Hartman killing, Marquez Pennington was rifling through John Hartman’s pockets when the young boy shook and went limp. In that story, a child’s soul fled his body during an act of unspeakable violence, and Pennington was there hoping to steal a few dollars. Someday, he will answer for that, and it would do him well to get right with his maker before that day comes.

Pennington was allegedly distressed at the events, screaming in the back seat as they sped away from the crime scene. It is sad, really, to consider he may have been a misguided but scared teenager in way over his head in 1997. It is sad to think about the man he may have been had he received the intervention as a boy he so clearly needed at the time, and the harm to others that it may have prevented. No one did Marquez Pennington any favors when they arrested the wrong men for the crime. As it stands, he has made no public comment about the murder of John Hartman. If the accounts of Stern and Holmes, who passed a lie detector when his claims were tested, are correct, then Marquez Pennington is also guilty of the murder of John Hartman, a 14-year-old young boy who was mercilessly kicked and stomped to death for no reason in October of 1997. If so, he has lived the last 18 years without a shred of decency or honor, failed to take responsibility for his actions, and sad idly by while innocent men do his time. It is way past time for Marquez Pennington to stand up like a man to whatever events took place in 1997, and it is our hope that he does. It is extremely unlikely that he or anyone will ever face charges for the killing of John Hartman – the State is unlikely to prosecute after 18 years of publicly taking the position that someone else did it. But Pennington and the others could still come forward like men and own their decisions, give peace to the family, and assist in justice for four innocent men.Time grows short. Please keep Marquez Pennington in your hopes, thoughts, prayers, dreams, or whatever you do. He still has time to come clean before the Fairbanks Four trial begins October 5, and if life is providing him a chance at redemption, let’s hope he takes it, steps into the light, and can live the remainder of his days out with some peace.

Marquez, if you read this, please look into your heart and ask yourself what the right thing to do is. Do that. Think about how 18 years would feel locked up for anything, let alone something you didn’t do. Think about George’s baby girl, 3 when he went away. George is a grandpa now, and he missed almost all of it. Trust that good does come from choosing the right thing. It is never too late to find forgiveness, and there is always more shame in hiding a truth than owning it. We are rooting for you, hoping for you, praying for you, believing in you. Please do what you believe in your heart to be right.

If you or anyone you know has information about Marquez Pennington and his role in the 1997 murder of John Hartman, please call Alaska Innocence Project at 907-279-0454, or Fairbanks Police at 456-2583. Please do ask that they record your entire interview.