The filling by Innocence Project contained two matching confessions, one given by Jason Wallace in 1997, the second given in 2011 by William Holmes, and alluded to the existence of a third confession filed under seal for court consideration. These confessions represent only a fraction of the evidence contained in the filing supporting the innocence of the Fairbanks Four and the guilt of the other men. William Holmes and Jason Wallace implicate themselves, Rashan Brown, Shelmar Johnson, and Marquez Pennington – all men with lengthy criminal records. Three of the five named are behind bars for unrelated multiple murders, and the remaining two reside in the greater Fairbanks area.

State Prosecutor Adrienne Bachman, who is the prosecutor assigned to the case by the state, filed to motion requesting an extension until May 2014 and made the unusual and striking choice to list one of her reasons for delay as her personal long-standing vacation plans. She also went on to explain that it would take the state time to familiarize themselves with the original case (their case) and that after the lengthy review of their original files they would look at the new information presented in the filing.

When the state of Alaska was handed information that strongly implicated their own employees in conduct that resulted in the death of at least six people, the 16-year long wrongful imprisonment of four young men, a complete breakdown in public faith in the system, they made a press release assuring the public that they were sure they were right, but would “independently’ investigate themselves. When this press release came out there was a significant response from the citizens of Alaska and their leaders, concerned that the tone of the press release was dismissive. The State was then handed resolutions from the largest tribal organizations in Alaska and a letter from the Senator Lisa Murkowski, all containing polite but direct requests for the case to be given the full attention of the State. With all of this in hand, they ASKED FOR A SEVEN MONTH EXTENSION.

For the first month following the filing by Alaska Innocence Project, the state did nothing. Literally nothing. Thirty-seven days into their allotted forty-five day response time, the State announced that they had just begun their review.

On the last day remaining in their response time, the State of Alaska asked for the lengthy extension, which contained their plans for the second month of the seven months the requested to investigate: NOTHING. Nothing, that is, pertaining to the case. The second month will be used to accomadate the long standing vacation plans of Prosecutor Adrienne Bachman.

The state of Alaska has at their disposal the investigative might of the Alaska State Troopers, Alaska Bureau of Investigation, City Police, the Attorney General’s office, hundreds of attorneys, boundless access to the prison system, and virtually unlimited spending capacity. Clearly, the State of Alaska can use the tax dollars its citizens contribute to expedite the handling of this case to a timeframe that reflects the seriousness of the charges levied in the Alaska Innocence Project Filing.

Their response is obscene. The idea that a state paid attorney is perhaps at this moment fanning herself on a sandy beach while four innocent men sit in prison is offensive to humanity. I wonder, while she watches her own children play, if she ever considers the children of other women. I can think of a few.

John Hartman, for example, who was kicked so brutally that he was left nearly unrecognizable, thrown on the side of the road, and died a unthinkably painful death.

Teacka Bakote, whom Jason Wallace beat to death with a hammer before he lit her on fire.

Hakeem Bryant and Christopher Martin. William Homles left them on the side of the road, dead, just five years after they left Hartman the same way.

Victor Torres. He was only 19 years old when Rashan Brown murdered him.

All of those people were human beings, who will never take a family vacation. Their mothers will never hear their voices again. They will not be coming home for Christmas.

George Frese, who will fall asleep tonight behind the concrete walls of Alaska’s highest security prison. George’s daughter, Tiliisia, who has celebrated 16 birthdays without her father.

Marvin Roberts, a high school valedictorian who was headed to study engineering in college on scholarship when he was sent to prison for a crime he didn’t commit.

Eugene Vent, who was only 17 years old when he last saw his family. He is in his thirties now.

Kevin Pease, whose mother Carol died in a fluke accident in 2006. Kevin was, of course, not able to take a quick vacation from prison even to bury his mother.

And the faceless. The missing. The victims not yet named. 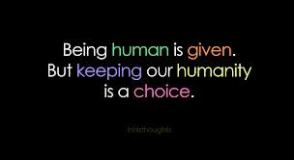 The State of Alaska is an institution, but it is a human institution. The Governor, The Attorney General, The Prosecutor, The Lead Investigator – these are all just titles. Surely, at home, someone calls these people Mom, Dad, Grandpa, Auntie, and the like. They are all human beings, and I wonder, does it ever cross their mind that the words and names and numbers and deadlines on their desk are just titles, and that behind them, human beings? That these are other people’s children?

Behind the cry for justice is a simple proclamation: we are human beings. Just as significant as you, our children just as precious and loved as your own.

We are all human beings. And when human beings are at stake in every possible sense, there isn’t time for vacation. It is time for as many hands a possible. This investigation should be handled with as much precision, care, accuracy, and urgency as possible, because human lives are at stake. That doesn’t mean that they investigation should be rushed or done poorly. It doesn’t mean that no one should take a vacation or get to enjoy their family. It simply means that this case should be handled in a manner which reflects the seriousness of the situation, the stakes, and the resources the state has at hand.

We wish, for these people in power, that they may come to understand the importance of the work they do, and with that understanding, proceed into their work with dignity as well as perfect memory for their own humanity and the humanity of those around them.